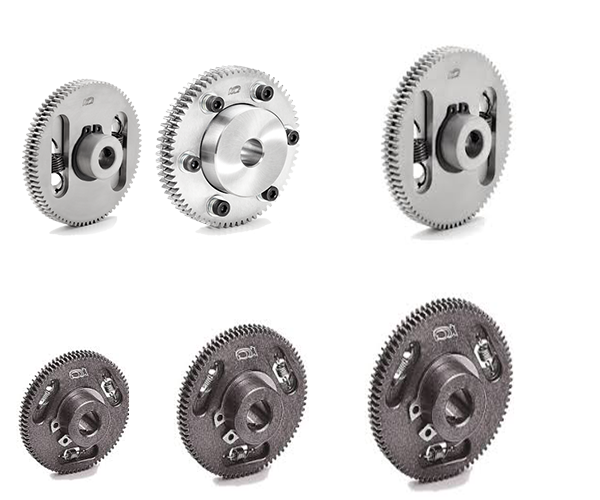 Backlash, sometimes called “play” is a clearance or lost motion in a mechanism caused by gaps between the parts, that is necessary for gearing to function properly. Still, most machine designers think backlash is not desirable as it disturbs their ideal design. However, proper backlash is necessary to prevent damage to the gears caused by a lack of lubrication. In addition, as every gear has deviations, noise and oscillation happen when the gears rotate. Backlash is necessary to reduce noise and oscillation caused by gear deviations, as it helps absorb some of such deviations.

On the other hand, demands for zero-backlash mechanisms still exist. To meet such demands, we created our Standardized Anti-backlash spur gear series, which although cannot completely remove the backlash, greatly minimize it.

Teflon coated to prevent scuffing and provide a smoother motion.

Teflon coated to prevent scuffing and provide a smoother motion.

Nitrite treated to prevent scuffing and provide a smoother motion.

Suitable for higher torque and higher RPM applications when compared to our spring.